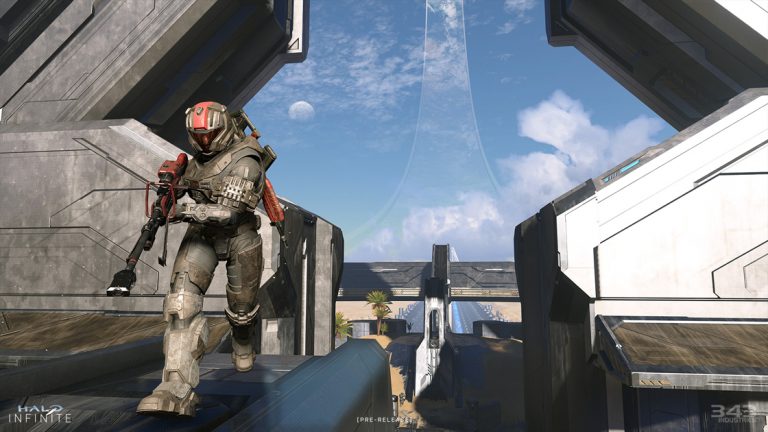 First thing’s first: Halo Infinite will release for the Holiday 2021 season. That’s the big news, though as we all know these days games tend to get pushed back again and again. Even this has gone back from the first speculative date of Fall 2021. So brace for that to go back again. However, that isn’t all that we know about. A quick summary of the most basic facts here, though:

Alright, that’s the basics down. So, let’s get to the meat of it.

Halo Infinite Will Have A Battle Pass

This is a big thing these days, but the bigger part of this news may be the fact that Halo Infinite’s Battle Passes will never expire. That means if you buy one, you keep it. It never goes out of date, meaning you can play at the pace you want to. Especially as if you want to buy another one, you can then switch between progression. Have to love that flexibility.

“If you can unlock something the Battle Pass, we’re not gonna let any other players circumvent that by purchasing it out of the storefront,” live design director Ryan Paradis explains in the Halo Infinite multiplayer overview video. This is also great, because it means you won’t spend the time working towards something just to play against someone who bought it instead. And speaking of…

Multiplayer Customization Is Back

The big word quoted about this is “Millions”. Millions of combinations are slated to be there on release. If this is true, this will be amazing – especially as the new graphics have returned to an older look. But we’ll get back to that.

In terms of options, you’ll be able to customize:

You’ll also be able to make your own emblems, a series mainstay that makes a welcome return. This means that you can bring in your own sense of style and even make a team emblem with your friends.

One thing to note is that the color, or coatings, has replaced the ability to choose primary and secondary colors. Bit of a bummer, but there’s a solid reason for it. Blohm has said repeatedly that the decision to remove these choices “was not made lightly, but it has laid the foundation for greater detail and variation when it comes to color customization.”

The former fact was something many had speculated about, and getting it confirmed is great. The latter, however, is a new update (although not entirely unexpected). The need for cross-platform games has been around for a long time. Players playing games like Ark: Survival Evolved for a long time must often wonder “Is ark cross platform?”, and the same can be said for many other popular games. Thankfully, nowadays cross-platform play has become more and more common, and people who used to have to rebuy the game on another platform tend to be the happiest at the news.

It’s a simple confirmation, but knowing that the classic style of play with a friend is still in the game, even now when it isn’t the most possible option, is a comforting thing.

The Campaign Will Be Open World, With A Day/Night Cycle

This is a big change from the standard level formula that the series has used since inception. The plan is to make the whole Halo Ring explorable, giving it an alive feel unlike any other.

“I would think about it more like kind of delivering on that promise we’ve had from the past,” says Chris Lee from 343 Industries. “There’s a lot of open gameplay in those previous games, but they’re always in these linear levels. This time players will have the freedom to explore the ring. But we are telling a story with a beginning, middle, and end that we want to carry the player through as you go.”

“What you saw in the demo that we showed, you have this map, ” he continued. There’s this huge open section of the ring. As you get to that point in the game, this is several hours into the campaign, then you have the ability to traverse that whole area and explore where you want to go on the ring. That’s what we mean by open and explore the different places that you can go to.”

Master Chief Is The Only Protagonist, And Will Have A Grappling Hook And Other Upgrades

We’re waiting on more details here, but while many people loved the split protagonist campaign of Halo 2, seeing the Chief front and center is exciting.

The Banished Will Be The Antagonists

The Banished are a faction from Halo Wars, a side game series in the Halo franchise. Seeing them return here is an interesting take.

Intimidating news. The plan is, however, for Infinite to become a new platform for the series, similar to how the Master Chief Collection functions.

That’s all we know for now. But people are excited to see more as time goes on!